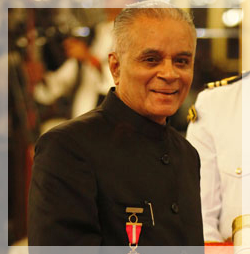 Dr.S.B.Mujumdar is the Founder and President of Symbiosis – a multi-national, multi-lingual and multidisciplinary educational complex of repute. A distinguished academician and educationist, he is also the Chancellor of Symbiosis International University (SIU).

He joined Fergusson College, Pune as Professor and Head of Department in Botany which position he held for 20 years. He was a recognized post graduate teacher and a guide for Ph.D. students. He was a member of the Pune University’s Executive Council, the Senate, Academic Council (for 14 years) and Chairman of the Board of Studies in Botany (for 9 years). He was also I.C.C.R’s Foreign Academic Advisor in Pune University (for 7 years).

He has published over 50 original research articles in several national and international scientific journals. He has authored several books on Life Sciences and has contributed over 200 articles on Science, Education and Youth Development. He has also been the Chairman of the Educational Wing of FICCI in 2005-2006.

Deeply touched by the hardships suffered by the Foreign students – especially Afro Asian students – studying in Pune, he established in 1971 ‘SYMBIOSIS’ with a view to help them and provide them a ‘Home away from Home’. He soon realized that education is the best medium for promoting international understanding. He, therefore, started establishing educational institutions imparting quality instruction in diverse disciplines e.g. Management, Law, IT, Computers, Bio-Medical Science, Engineering, International Business, Geo-Informatics, Media & Communication, Photography etc. Presently, Symbiosis has 46 institutions and about 32000 students from all States of India and 85 foreign counties. The Ministry of HRD, Government of India, conferred upon Symbiosis in 2002 the status of ‘Deemed to be University’. Many of Symbiosis institutions are ranked amongst the top 10 institutions in India and they have a placement record of almost 100%. Realizing the importance of distance education, Symbiosis has established, SCDL – Symbiosis Centre for Distance Learning – which conducts a number of on-line courses and has over 2 lakhs of students from India as well as many foreign countries.

All Symbiosis institutions are generally need–based. These are run on and adhere to the best ethical practices. The Faculty is selected purely on merits and without considerations of caste, creed, religion or region. One of the unique institutions established by Symbiosis is SIMS – Symbiosis Institute of Management Studies (for Defence Personnel and their dependents) – which provides management education exclusively for children of Defence Personnel. Another innovative institution is the ‘Pune Police Public School’ managed by Symbiosis and which provides education to the children of Police Personnel. Apart from these academic activities, Symbiosis has also established a magnificent Dr.Ambedkar Museum and Memorial which houses the personal belongings and memorabilia of Dr.Ambedkar. It has also established an Afro – Asian Cultural Museum. 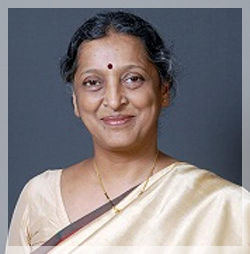 Dr. Rajani Gupte is the Vice Chancellor of the Symbiosis International University. A distinguished academic, she received her Doctorate degree in Economics from the prestigious Gokhale Institute of Economics and Politics, Pune. She has been actively engaged with higher education for over thirty years, both as a professor and researcher. She has taught at many foreign universities as well, including the Oakland University, Michigan US, and Bremen University for Applied Sciences, Germany.

She has been a part of the leadership team at Symbiosis for over two decades. She joined Symbiosis as a founding member of the Symbiosis Institute of International Business in 1992. She was the Director of the Institute between 2004 and 2012. Her headship led the Institute to be established as one of the top-ranking business schools in India. A capable institution-builder, Dr. Gupte has also earlier held the positions of Dean – Faculty of Management, Dean-Academics and Pro-Vice Chancellor at the Symbiosis International University.

She is an independent Director on the Boards of several subsidiaries of L&T Finance Ltd. She has been frequently invited on committees of important organizations, such as International Trade Panel – Confederation of Indian Industries (CII), World Trade Organization Committee, Govt. of Maharashtra, and Chemtech World Expo. She has also served on committees appointed by the UGC and on working groups on higher education.

Dr. Gupte is one of the ten women selected from across Asia who have attended the ‘Women in University Administration programme’ sponsored by the U.S. Department of State. Dr. Gupte has been awarded for her outstanding contribution to Education by Lokmat National Education Leadership Awards 2015 and the “Swayamsidha Puraskar 2015” by Lions Club of Pune Elite.

For her valuable contribution in the field of Education, Dr. Gupte, has been awarded the ‘Think Pure Award’ by the ‘Think Pure Social Welfare Foundation’ in 2016, in memory of ‘Late Shri Dajikaka Gadgil’ . 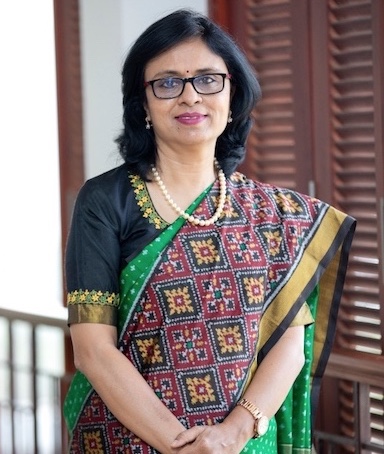 Dr. Vidya Yeravdekar is the Principal Director of Symbiosis Society, which encompasses the Symbiosis schools and institutions under the Symbiosis International University. A dream of her father, Dr. S .B Mujumdar of creating ‘a home away from home ‘ for international students, Symbiosis today , has transformed itself into a multi-disciplinary, multinational, multi-cultural International University having students from all states of India and international students from 85 different countries. The University has institutes under 7 faculties viz. Management, Law, Humanities & Social Sciences, Health & Biomedical Sciences, Computer Studies, Engineering, Media Communication & Design.

Dr. Vidya holds a Post Graduate Degree in Medicine, a degree in Law and is a Ph.D. in ‘Internationalisation of Higher Education in India’. To promote international understanding through quality education, she has brought in innovative approaches at Symbiosis International University through international collaborations with some of the top Universities in the world.

Dr. Vidya has been able to influence policy regulations for promoting and bringing in innovative approaches to higher education in India through her appointments on various governmental bodies. She has been a member of University Grants Commission (UGC), Central Advisory Board of Education (CABE) and Indian Council for Cultural Relations (ICCR). She is a member of the Governing Board of several organisations like Indian Institute of Mass Communication, Indian Institute of Corporate Affairs, Swarnim Gujarat Sports University, Yeshwantrao Chavan Maharashtra Open University, Research Committee of the Association of Indian Universities (AIU), Public Health Foundation of India and Symbiosis University of Applied Sciences, Indore. She is a Member of the State Knowledge Advisory Board of Higher Education, Government of Andhra Pradesh and Member of the Task Team of Arts Management Strategy for Karnataka. She is a member of many corporate bodies such as Mahratta Chamber of Commerce & Industries, Federation of Indian Chambers of Commerce & Industry (FICCI), Confederation of India Industry (CII), and Not for profit organisations like HK Firodiya Foundation, India International Centre (IIC), Pune International Centre (PIC) & Pune Citizens Police Foundation.

Dr. Vidya has presented papers at various National & International Conferences and has numerous research publications to her credit. She has authored a book on ‘Internationalization of Higher Education in India’ based on her experiences and research in this field. This book is published by SAGE.

Dr. Vidya’s hard work has won her numerous awards and accolades and she is now focussed on making Symbiosis International University benchmarked amongst one of the best Universities in Asia. 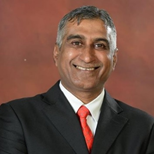 Brig Rajiv Divekar, is a veteran soldier and an academician. He had a very distinguished career in the Army which included service with the United Nations in Somalia and Lebanon. He was a Faculty at Indian Military Academy, College of Engineering, Defence Services Staff College and Army War College. He has also done the Staff Course at Camberley, UK. He is B. E. Civil (Gold Medalist) and was Head of Faculty ‘Strategic and Operational Studies’ at Army War College and a faculty member in Defence Strategic Studies at Defence Services Staff College, Wellington. He has done M.Phil. from D. A. V. V. University and M.Sc. from Madras University. He has done his MBA specializing in Human Resource Management. He is recipient of the “Rajiv Gandhi Education Excellence Award”, “RashtriyaVidya Gaurav Gold Medal Award” and “Education Leadership Award”. In the Nine years of his Directorship, SIMS has been rated as one of the best B- Schools in India.

Brig Rajiv Divekar (Retd) is Director of the SIMS. He was Head of Faculty Strategic and Operational Studies at Army War College, Faculty member in Defence Strategic Studies at Defence Services Staff College, Wellington. He has done his PhD from Symbiosis International University. He is a M. Phil from D A V V University and M.Sc. from Madras University. A Gold medalist in BE (civil), he has done his MBA specializing in Human Resource Management. He has rich experience of strategy, planning, logistics and human resource management based on his service with multinational team as United Nations Forces in Somalia and Lebanon.

He has served in Kargil and Leh on the Line of Control where he was responsible for the Logistics and Supply Chain Management of soldiers located on posts at 17000- 22000 feet in the Siachen Glacier.

He is a Paratrooper having done jumps from varied military aircraft. He has done sky diving, para sailing, water skiing, hot air ballooning and rappelling. He won the National Silver medal in 1981 in Coxed Fours Rowing event. He is an expert in construction of military bridges, demolitions, mine warfare, and bunkers and fortifications.

After 34 years of service in the Army, he left voluntarily and joined Symbiosis Institute of Management Studies as Director. SIMS is ranked among the top 25 B Schools in India.

He is a charter Member of the All India Management Association.