N-BUZZ is an Intra-College News-Room Simulation, conducted as a panel discussion by The Academic Team. It is oriented to make people understand contemporary topics, characters, and ideas. It’s truly an opportunity for participants to present their research acumen and communication skills. The event happened in two rounds. 1. Preliminary Round: Participants were divided into 6 groups of 13 each; 3 groups had the Topic ‘On the front lines – Women in combat roles?’, while the other 3 had ‘Is Banning by the Government Effective and Justified?’. Each panel was discussed for 15 minutes. A total of 25 candidates were selected for the final after due deliberation. 2. Final Round: First Discussion Panel of 12 participants was on stage for the topic ‘SOCIAL ACCEPTANCE OF LGBTQ COMMUNITY A MYTH IN INDIA?’ Even at the end of their speaking time, the panel was so enthusiastic that it was a trial to bring them to conclude and stop the session. 3. The Second Panel of 13 participants assumed their positions on the stage to discuss the topic ‘IS FREEDOM OF SPEECH BEING MISUNDERSTOOD AS SEDITION IN PRESENT SCENARIO!’ The panel fought this great verbal war of debating upon legislation that has had controversial applications by the government, especially in recent times. 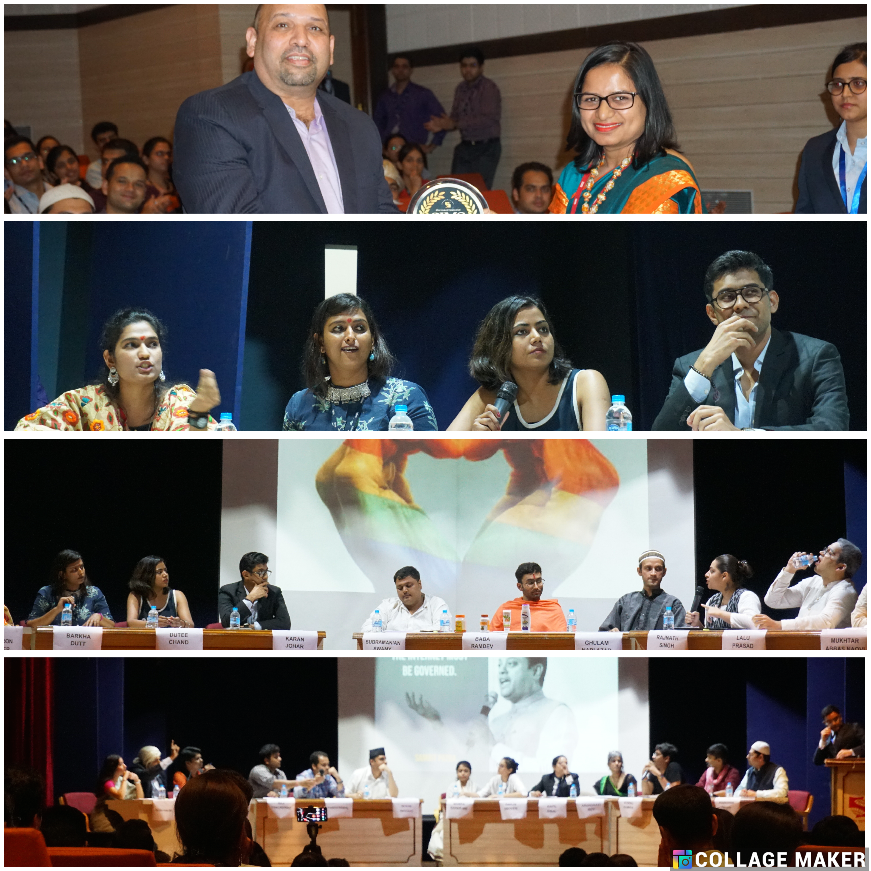