In an inspiring and enthralling session at the Symbiosis Institute of Management Studies, Major General Vikram Dev Dogra (Retd), AVSM spoke about his journey through the Ironman Triathlon and helped instill in the students a stronger sense of commitment, perseverance, and patience. Termed as the ‘most gruelling one-day endurance event in the world’, the competition invites participants to finish three legs – swimming for 3.8 km, cycling for 180 km, and running for 42 km within 17 hours to aspire to be titled as an ‘Ironman’. Major General Dogra, an epitome of self-discipline and determination, has completed the mighty feat twice and set a record to be the only Indian Army Officer and the only General in the world, to have done so in an astonishing 13 hours and 40 minutes. Major General Vikram Dogra delivered a truly rousing talk on how dreams can be achieved along with self-belief and perseverance.  His achievements and valor stand as an example that anything is possible and that age is just a number. 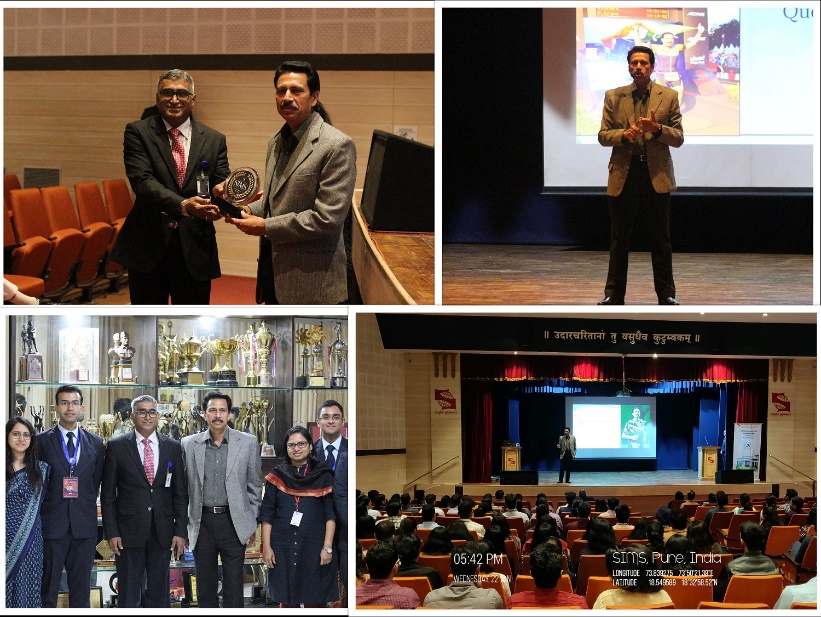