The SIMS Alumni Cell endeavours to create a closed-knit network that allows its students to create a lifelong bond with their alma mater. With an overall mission to connect, inform and engage the alumni, students and the institute, the cell strives to generate a multi-faceted support for SIMS. The cell conducts meets in a number of cities such as Delhi, Bangalore, and Pune so as to make the alumni feel connected with the institute by assisting the current batches via guest lectures, placement procedures, workshops and industrial visits. 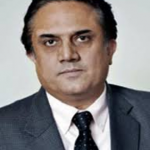 A renowned alumnus of SIMS Deepak Khanna has over 26 years of experience of which the last 15 years have been in the telecommunication sector. Armed with a MBA in Marketing, he currently holds the post of Chief Executive Officer of Reliance Communications Ltd for India. Prior to Reliance, he held the post of Joint Chief Executive Officer with Tulip Telecommunications. In the past Deepak has also been associated with marquee companies like Tata Group, Escotel and DSS Mobile Communication.

A proud SIMsite and HOG, Pranav Bakshi is an alumnus of the 2003 Batch. Pranav currently holds the post of Vice President and Head for Business Operations with the Times Television Network. Prior to this, Pranav has held the post of Business and Corporate Head with NDTV Proft Prime and Vice President and Business Head with NDTV Hindu. In the past, Pranav has also been associated with The Times Group and Taj Hotels. Every time this Harley owner rides through Pune, he makes sure that he visits his alma mater- the place where his journey began. A true SIMsite at heart he is in touch with many students from the young batches and is always present as a guide, mentor and friend. 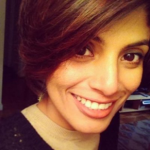 Smita was always a creative genius. She worked with Beyondesign as an Art Director before she founded Smitten where she currently works as a Creative Director. Smita believes in assisting the institute in any way possible and does her bit as an involved alumnus by visiting college for summer placements. With over 9 years experience in the creative field of print and web media , Smita has worked with brands and companies like Unilever, Diageo (Johnnie Walker, Guinness), Taj Hotels, Sheraton Hotels, Mattel, Walt Disney, Panasonic and many more. 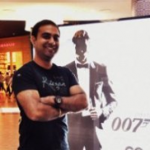 With a MBA in Marketing and Systems, Prabhvir Sahmey a.k.a “The Digital Guy” was an extremely hard working student. He was awarded for his “Dedication and Commitment” whilst his time at SIMS as a student manager. He began his journey with Mindshare and moved to Sure Waves only to move back to Mindshare as a Director. Post this, Prabhvir started his own venture called “Khau Buddies” and is presently working with Google as the Head of Media Platforms. 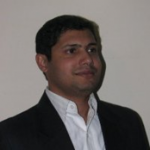 Currently holding the post of National Sales Director with Turner International Nanjappa Chendira specializes in strategy, sales, marketing, strategic tie-ups and team development. A strategic thinker, he has an innate ability to understand the intricacies of selling a kinds brand in an overcrowded market place. An MBA in Marketing and Operations, Nanjappa has previously been associated with Star India Pvt Ltd and Network 18. 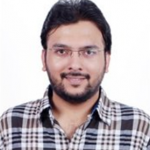 A Human resource professional with over 6 years of experience, Arya Mukherjee currently holds the post of a HR Business Partner with Amazon.com. At Amazon as a HR Business Partner, he holds the overall responsibility for the Transportation / Logistics Operations vertical of the India Operations business. Prior to his association with Amazon.com, Arya has worked with Bank of America as an HR Generalist. 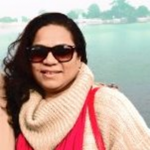 Pooja Gulati has over 13 years of experience in Media Sales and is currently working as a Vice President and Head of Mirchi Properties. Pooja is often described by her colleagues as a “go- getter.” She began her corporate life with American Express and then switched to Media turf. She is passionate about whatever she does and can transfer the same passion to her team members seamlessly. 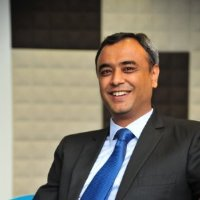